They say that moving house is one of the most stressful things you do in life, for me this is certainly true. Only in France can these strange things happen. I sold my house to Belgians who wanted to push the sale through as fast as possible, on the other side I was buying from a Portuguese lady who dragged her heels due apparently to inheritance issues. So, after completing on my house in June, I stayed there for three weeks as a tenant, no charge, whilst awaiting completion on the new place. I then moved all my belongings to the new house putting them in garage and bedrooms which had been cleared, this felt a very precarious arrangement but I was assured it is commonplace here in France. I on the other hand moved into a very kind friend’s gite with my dogs. I finalised the paperwork mid July but the vendor was not willing to move until the 1st August so I spent a full month at my friends gite until I was able at last to move in and start unpacking all my furniture. All was well but it was certainly stressful and the process would have been unheard of in the UK. I suppose it is all a matter of trust.

Now two months on I love my new house; I have painted walls and ceilings, put up some pictures, decided which bedroom to use myself, 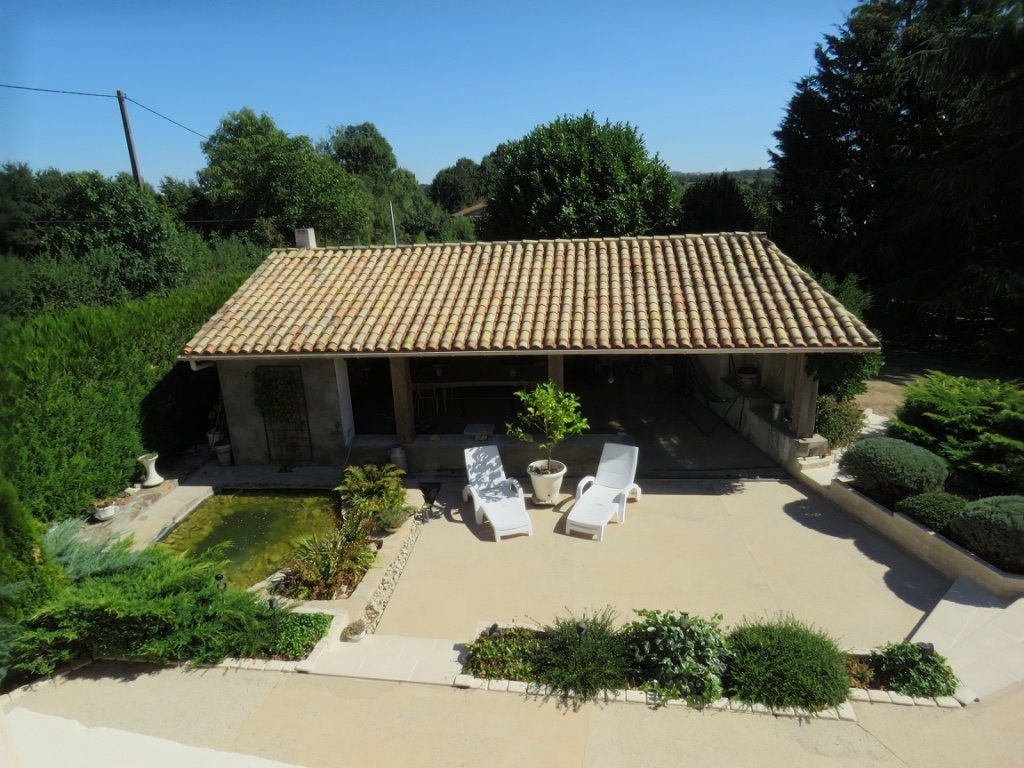 a tiler is coming tomorrow to retile the ground floor and I have ordered a new kitchen, its all very exciting and a great way of keeping occupied. The move seems like a long time ago thankfully and all the animals have settled, even Grey cat who spent the first two weeks here hiding in a wardrobe. There is plenty of space both in and out of doors and the garden is fully fenced which means I no longer have to keep an eagle eye on Merry the escape artist. Lots to do and lots to think about which means time flies and oh my goodness its October already.